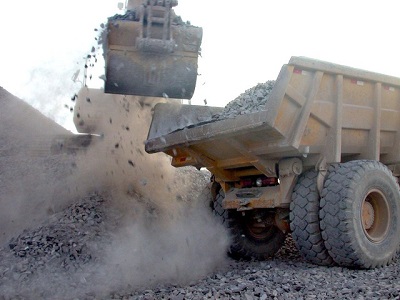 Stowfield Quarry lies to the south of the village of Staunton, mostly hidden by surrounding woodland and with access via the B4228. It supplies up to 1.2 million tonnes of crushed rock aggregate to the construction industry each year. Quarrying at Stowfield began in the early 1960’s and has been extended several times since then. Eventually as quarrying extends Rogers Quarry to the south east will be incorporated into Stowfield Quarry.

When quarrying ends the land will be restored to a wooded coombe, with areas of mixed broadleaved woodland, species rich grassland, shallow water bodies, rock and scree slope habitats, together with exposed crags and cliff faces for visitors to enjoy.
Blasting takes place at Stowfield Quarry on a regular basis in order to break up the rock strata and allow it to be quarried more easily. Blasting can give rise to both ground and airborne vibrations. In order to minimise the impacts of vibration, blasting is carefully controlled and monitored. However blast vibrations are sometimes felt in particular properties within the Parish. 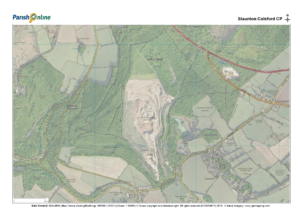 Stowfield Quarry Liaison Group is made up of representatives including those from the quarry company, Gloucestershire County Council and the Parish Council. The Group meets regularly to review blast monitoring data and other measures to reduce the impact of quarry operations.
You can report any blast vibrations you experience to us. We will make sure that these are passed onto the quarry company and reviewed when the Group next meets.