Fracking (or hydraulic fracturing) refers to the method used to extract gas or oil from shale rock by injecting large volumes of water containing a number of additives. This includes sand and lubricating fluids into the rock under high pressure. In order to undertake such activities oil and gas exploration companies need a license.

The 14th licensing round 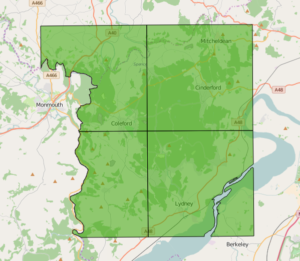 In July 2014 the Department of Energy and Climate Change (DECC) launched the 14th Onshore Oil and Gas Licensing Round. A total of 95 applications were received from 47 companies covering 295 ten by ten km square Ordnance Survey blocks across the Country.

In December 2015,  the Oil and Gas Authority (OGA) – the UK’s oil and gas regulator- announced that it would issue licenses for 159 blocks in England, including 4 blocks across the Forest of Dean. One of these blocks, SO51a, covers the entire Parish of Staunton.

Ordnance Survey block SO51a covers approximately 75 square kilometers of land between the River Wye in the west and Lydbrook in the east. It stretches from Coleford in the south to Goodrich in the north.

A Petroleum Exploration and Development Licence (PEDL) for SO51a has been awarded to South Western Energy Ltd.

You can find out more about the 14th round of Oil and Gas licensing using the links below:

The Oil and Gas Authority

Frack Off Our Forest